Dehydration for OSB: How to Run Long Transactions and Not Run Out-of-Memory 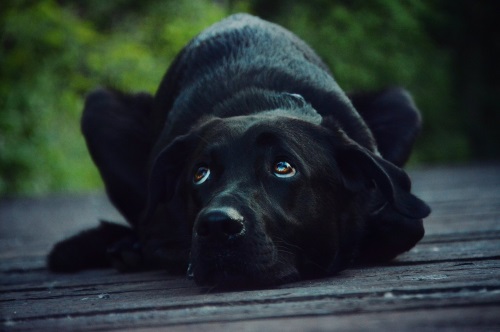 Slow backends can kill the JVM if they are used in a composite service.

The data are accumulated in the service while the backend service is taking its time to respond.

Make the service slow enough and the data big enough, and the heap will be all consumed up.

Can we do something about it?

A composite service is the one that calls more than one backend service and then combines the results into a response that the consumer wants.

Some initiated backend calls complete faster than others. All the time until the last call is complete, the data just sit there, not used, but occupying the precious memory.

This is true even for parallel calls, but it becomes most harmful for sequential executions.

A composite service collects data from many backends. [/caption]

A Single Slow Backend Holds All Data in Memory

What if Products service is slow? Say, instead of usual 2000ms response time, it now responds in 10000ms?

A typical CustomerProfile service can wait quite for long for all the required data to come in.[/caption]

Why, we get 5 times more data stored in memory! (5 times more requests are in progress now).

You can estimate the memory usage by multiplying the response size by 4x. E.g. a response of 100K will take about 400K in memory after it is parsed.

This may not be an issue for smaller services, true.

However, some of the services I deal with return responses of up to 5MBytes(!). Letting this amount accumulate in memory can kill OSB by going out-of-memory.

Larger than usual memory use would also affect the performance due to memory allocation overhead.

Should We Tighten the Timeouts? No.

An obvious quick-and-dirty solution to this is reducing the timeout for the Product service. If it can’t respond in 3000ms, cancel it!

Yes, this will prevent the OOM, but some of the consumers will start getting failures when calling CustomerProfile. This is not good, because, in fact, we may still have a lot of resources (memory) to serve the requests.

The timeout solution is too blunt.

BPEL Avoids it by Dehydrating

Let’s take a look at our SOA neighbour, BPEL.

BPEL is designed to execute long-running transactions. You may not believe it, but it is totally normal for a BPEL instance to run for days or even weeks!

Read about BPEL correlation ids if you want to know how they work around read timeouts and network drops.

Just like an OSB request, an BPEL instance must have all the responses accumulated to do the job. With those uber-long transactions, BPEL must be using a LOT of memory, right?

It would, if not for dehydration.

Before performing any request, BPEL engine saves all the data in the current process and persists them into an out-of-process storage (normally a database). Then it removes them from the memory.

Now, no matter how long the request takes, there is no impact on memory.

When the call is completed, the data are read back from the storage and the process resumes.

We can implement the dehydration in OSB, too!

It will take a manual step, and we will have to decide when and what to dehydrate, but it is totally feasible. All we need to do is:

I have made a small test Java helper class that does the work for me.

Please note the code is simplified and has no error handling.

The hydrate() method does the opposite operation:

For our CustomerProfile project, I’d call dehydrate() method before invoking the Products service. I’d dehydrate both Profile and Location responses, and replace their OSB variables with the resulting tokens:

After the Product service is completed, I shall restore the XMLs into memory:

How long the serialization and de-serialization takes? It depends on the storage, but in my tests I've got 10ms to 50ms per 1 MByte.

You can find an example implementation in the JAR under Example/Dehydration project.

I have made a test project where an entry proxy was calling 2 other services, ServiceA and ServiceB.

ServiceA was returning a large 500K response fast, and the entry proxy was keeping it in memory.

ServiceB’s response was small, but the response time was about 10s.

Using JMeter, I ramped up a load to the entry proxy from 1 thread running in a loop to 100 threads. Every second I was adding one thread.

The test server had only 512M heap allocated.

Here are the results:

As you can see, not only the de-hydration prevented OOM, but it also kept the response time numbers much lower!