How to collect OSB per-operation statistics for a JSON proxy. Download the full example.

See other posts about OSB & JSON:
Why JSON Does Help Direct Proxy Performance
How To Build a JSON Pass-Through Proxy in OSB
JSON Proxies: Inspecting & Modifying The Payload 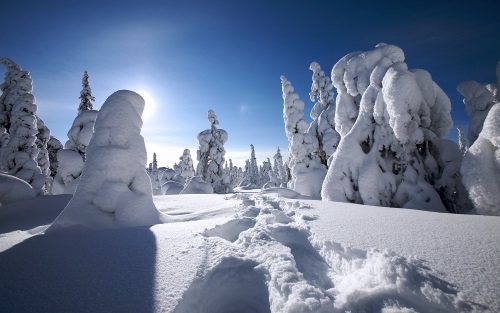 (Special thanks to Saeed Awan for the reference implementation.)

In one of my previous posts, I demonstrated how to implement a simple pass-through JSON proxy. The implementation though has one important deficiency - there are no statistics visible in the OSB console.

We do not know what operations were called, what their execution time was or how many of them have failed.

This is as expected. OSB statistics are based on WSDL operations, and our JSON service has no WSDL.

The operations and performance folks, though, would really like to have these data. Let’s help them.

Since OSB can only read the stats from a WSDL-based proxy, we need to inject such a proxy into our JSON service execution path.

The original JSON service consisted of two services only – an entry proxy (text-based) and a business service (also text-based). Now we insert yet another proxy in between, a WSDL-based one, and that proxy is going to be the one that publishes the statistics: 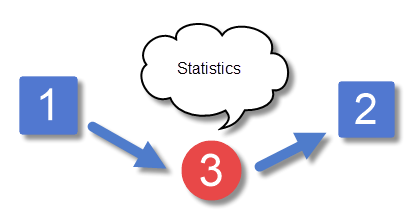 OSB only understands operations from WSDL. But JSON has operations too, and so we can create a fake WSDL that contains one SOAP operation per real JSON operation.

For instance, the example JSON service from the first post has two operations, AddUser and UpdateUser. We can create a WSDL that exposes the same operations, for example:

The payloads defined in this WSDL are never going to be used. The whole purpose of it is to define the operations.

Let’s review this step by step:

The default operation selection logic for a proxy is SOAPAction header. Being a local proxy, the statistics proxy never gets this header.

We cannot use the second most common choice, the SOAP body type, too. Our body will contain a JSON payload, and not the XML the proxy expects.

Instead, we tell the proxy to select the operation based on a transport header.

Remember that in the entry proxy, we have placed the operation name into the JSONDirectOperation user header. This header is delivered to the statistics proxy, and now we use it: 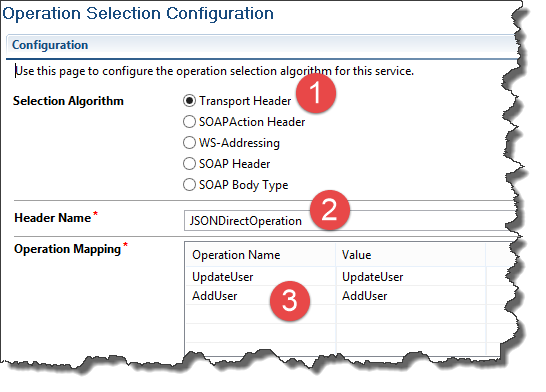 We will define our statistics proxy as WSDL-based, and yet the payload traversing it back and forth is not SOAP, but JSON. Any action that requires the body content may immediately fail, even if it is as simple as logging. For safety, we do not touch the body at all: 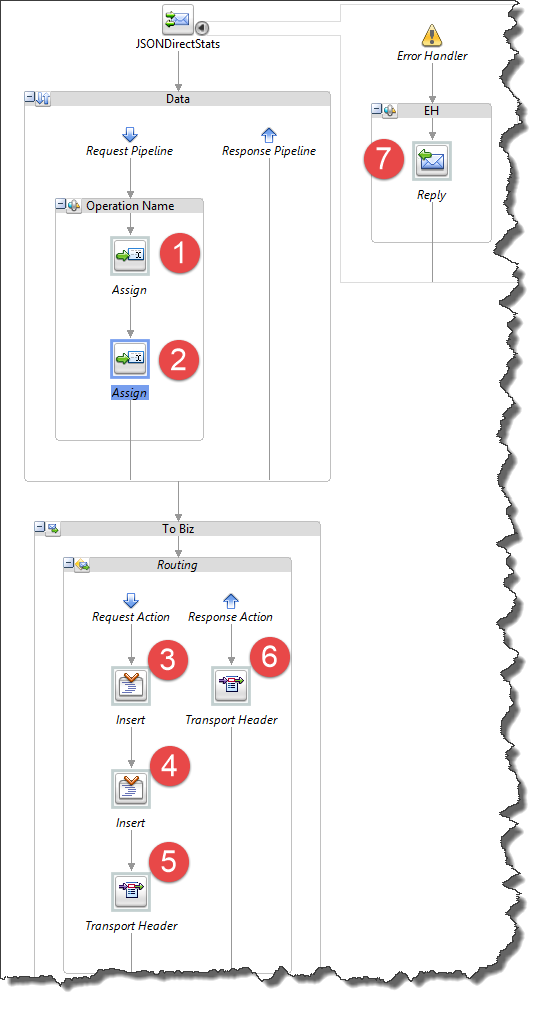 The statistics proxy routes to the business service, just like the entry proxy was doing in the original example.

Most of the steps are migrated into this proxy directly from the original entry proxy.

I ran a few requests via both AddUser and UpdateUser, and in a couple of minutes I got this nice report:

Note that the UpdateUser operation was intentionally implemented as always to fail, and the 3 failures out of the 3 calls in the report reflect that.

The statistics proxy does work as intended.

Having said that, I still have to warn you that this design is a hack. You’re not supposed to pass a non-XML payload as $body via a SOAP proxy!

It works now, and it may work in the foreseeable future, but it may also break in the next OSB release because the OSB runtime may use the payload in some currently unpredictable way.

To protect against this risk, a safer approach can be taken:

Despite requiring a bit more work to implement, this design is more robust and is guaranteed not to break after an OSB upgrade.